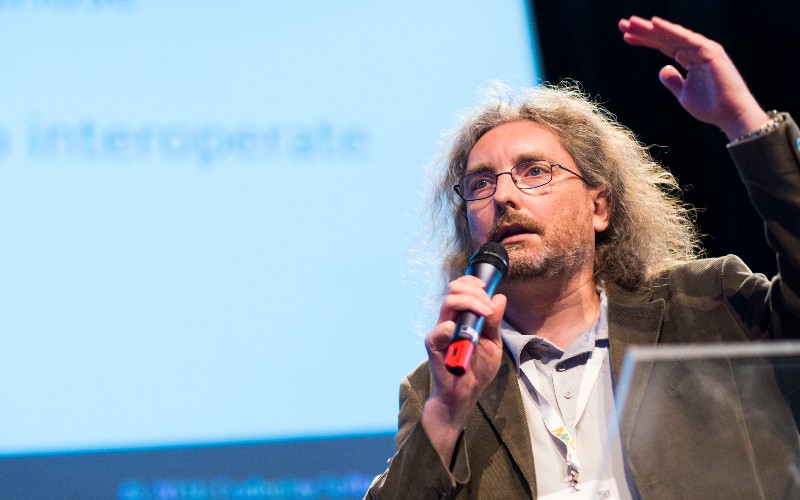 AI innovator Codeplay Software has agreed a landmark deal with the US government to enable its next-generation supercomputer.

Over the past year, 20 research teams have been involved in COVID-19 simulations for analysis and developing solutions.

Codeplay founder and CEO Andrew Richards said the deal has “huge potential” as the company looks to exploit a significant global appetite for AI and machine learning technologies.

The Edinburgh based company, which employs 70 developers from more than 20 nationalities, writes software that lets AI run faster on computer chips, such as graphics processors and specialised AI accelerators used in supercomputers. It is also a world-leader in AI technology being used by self-driving vehicles.

Founded by software entrepreneur Richards as a computer games developer in 2003, it has been backed since 2018 by Foresight Group, which supports innovative British companies at the cutting edge of technology.

“We are proud and delighted that our SYCL software program has been selected to power the NERSC’s next-generation supercomputer, Perlmutter,” said Richards.

“The use of NERSC supercomputers and big data systems are necessary to study scientific problems that are either too big for standard computers or would take them too long to complete.

“This is excellent recognition of the quality of our work, as we see this contract win very much as a steppingstone towards further commercial success, particularly in the US, where so many world-leading technology companies are located.

“There is huge appetite for investment in supercomputing – the NERSC alone is investing more than $1bn into building exascale computing.”

Chris Wardle, director at Foresight Group, said: “Codeplay is a great example of a British technology company punching far above its weight overseas, developing cutting edge technologies that change the way that we live.

“The announcement regarding the project with US National Labs is one in a string of recent success stories, as Codeplay works more and more closely with the world leaders in artificial intelligence, supercomputing and self-driving cars to improve the performance and reduce energy usage of computer processors.

“Foresight is excited to support Codeplay through this period of rapid growth.”