Posted on November 8, 2020 by Jonathan Symcox 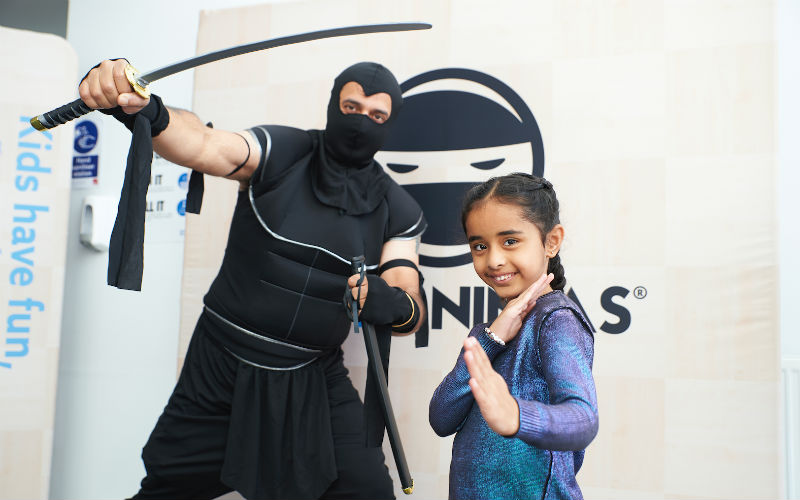 US-based kids coding franchise Code Ninjas is live in six UK locations and plans to open a further 22 around the nation.

The next round of launches will be hot on the heels of the late summer grand openings, with programmes opening up in Potters Bar, Chelmsford, Croydon, Welwyn Garden City and Hammersmith before the end of January.

The Code Ninjas network has grown at a rapid rate. With plans for 22 more locations already in the pipeline, the US-born kids coding school is on track to deliver their fun, interactive coding curriculum to ‘ninjas’ aged 5-14 throughout the nation by 2021.

“In late August, we celebrated the grand opening of our very first UK location in Watford, Hertfordshire – that was a momentous occasion for Code Ninjas and something the entire team has been working towards for a number of months,” said Justin Nihiser, CEO.

“It was also around this time that I joined the Code Ninjas team. Stepping up to take the reins of a global kids coding franchise during a pandemic has certainly been a challenge but one I was proud to take on.

“Despite the economic challenges caused by the lockdown period, I’m pleased to have witnessed such impressive growth first-hand.

“All of the locations we’d planned prior to the 23rd March are now fully operational and our network has almost doubled during the second two quarters of the year. And that’s just the tip of the iceberg as we plan for 2021.”

“It’s an honour to be part of Code Ninjas and play such a vital role in spearheading the growth of the brand on British soil,” said Jass Patel, who owns the centre with wife Reena.

“We both feel so passionately about Code Ninjas’ commitment to delivering quality coding education and are thrilled to have the opportunity to support that mission in our community.

“We’re in for a busy few months but can’t wait to make our mark on the state of children’s coding education in the UK.”

Just one week later, Code Ninjas Pinner followed suit, launching on the 18th July. On the 22nd August, Code Ninjas Enfield welcomed budding ninjas from across Greater London. On the 24th August, a centre opened in the Hampshire town of Chandler’s Ford. Code Ninjas Langley, the first location to launch under the brand’s new Studio model, launched in Langley College on the 19th September.

Biraj Nakarja, one of the four franchisees behind Code Ninjas Langley, was over the moon to welcome students, parents, families and friends to their grand opening event.

“Despite the restrictions caused by the COVID-19 pandemic, we still made the most of our launch party, inviting our community to help us celebrate our new business,” said Biraj.

“We’re very proud and excited to bring the Code Ninjas programme to local children and, now that we’re open, are looking forward to making a real impact on the state of coding education in our area. We’re providing a service that is so in demand and fundamental for the future of the next generation.” 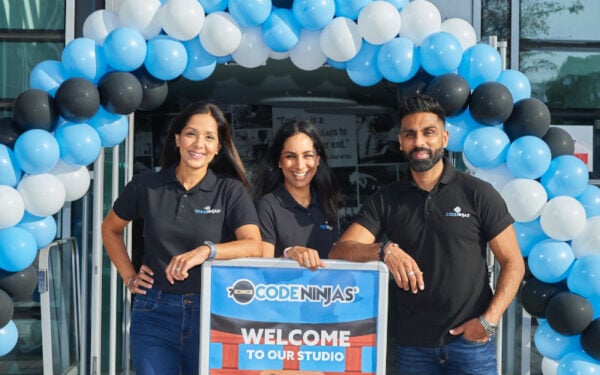 Along with the rest of his team – wife, Sital, and long-term friends, Raman and Karnvir Bath – Biraj plans to open a second location, in nearby Windsor, within the next year.

“Essentially, we’re establishing ourselves as the go-to providers for kids coding education across east Berkshire. Our first priority is to build momentum with our initial location before setting our sights on getting our second location off the ground. Although we definitely have to take the current economic climate into consideration, we feel confident in our ability to grow with the backing of the Code Ninjas team to guide us,” said Biraj.

Despite the delays caused by the pandemic, the majority of the UK network have already made the initial steps towards opening a second location. Justin and the support team, based in Pearland, Texas, have been impressed by the network’s commitment to delivering the Code Ninjas curriculum at such a crucial time.

“With a system of determined and passionate franchise owners and corporate staff that believe ardently in Code Ninjas’ mission, our work will result in better problem solving and critical-thinking skills for our ninjas. Building these STEM-related skillsets at a young age equips Code Ninjas’ students with valuable tools to navigate today’s increasingly tech-centric world.”