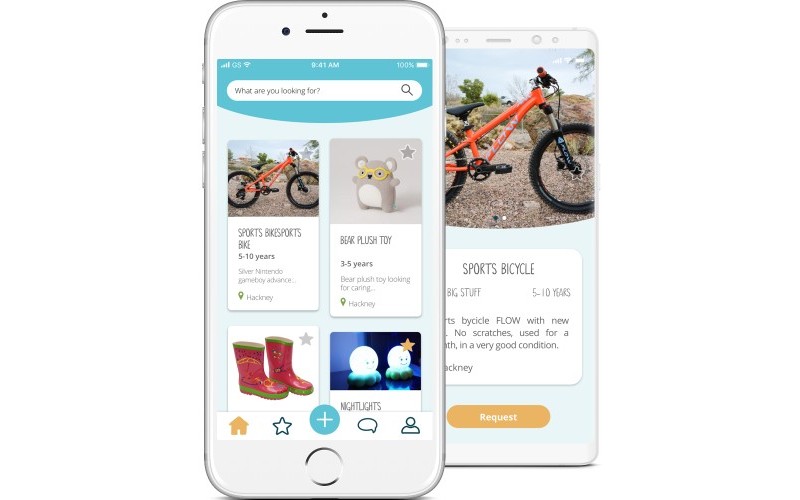 Circular economy parenting app YoungPlanet has raised £500,000 through an ‘Equity for Parents’ crowdfunding campaign as it looks to expand its offering following a year of seismic growth.

YoungPlanet provides a ‘cashless’ platform based on a sharing economy model where parents can list or request a range of different children’s items, from books and clothes to toys and baby equipment. Everything on the app is always given or received for free.

The funding round, which was run via Crowdcube, raised its minimum target of £350,000 (representing 5% in the business) within seven hours of the campaign going live.

The app, which is run by husband and wife duo Jason and Emma Ash, has since overfunded by 56%, raising a total of £547,103. A large number of investors were fellow parents and members of the YoungPlanet community.

The investment will be used to not only further grow the YoungPlanet community nationally following the London-based app’s recent expansion to all postcodes across the UK, but also to enhance functionality and add key features such as gamification and integrated postage.

In the past seven months, the app has seen an additional 25,000 parents sign-up to its service, with users now surpassing 41,000. There has been a 403% increase in new users in the past 4 weeks alone.

Additionally, since schools have re-opened, YoungPlanet has seen its monthly average users increase by 203% and over 10,000 children’s items have found new homes through YoungPlanet since its launch in 2019.

The YoungPlanet business is now valued at £6.5 million pre-money, part of a booming sharing economy that is set to be worth £9 billion within the next 5 years.

“YoungPlanet’s mission has been to help parents become more sustainable, and we’re overjoyed that our investors and community members have chosen to invest in this journey with us,” said Jason Ash, co-founder of YoungPlanet.

“Being overfunded within the first seven hours of our crowdfunding campaign going live was a huge success, and to see that we have overachieved our funding goals by 56% to raise over half a million, shows just how many people believe in our mission.

“As founders, our goal is to transform one of the most wasteful and most costly industries into one of the most sustainable. We’re incredibly proud that people have chosen to join us on our mission to reduce waste, reduce cost and bring communities closer together.”