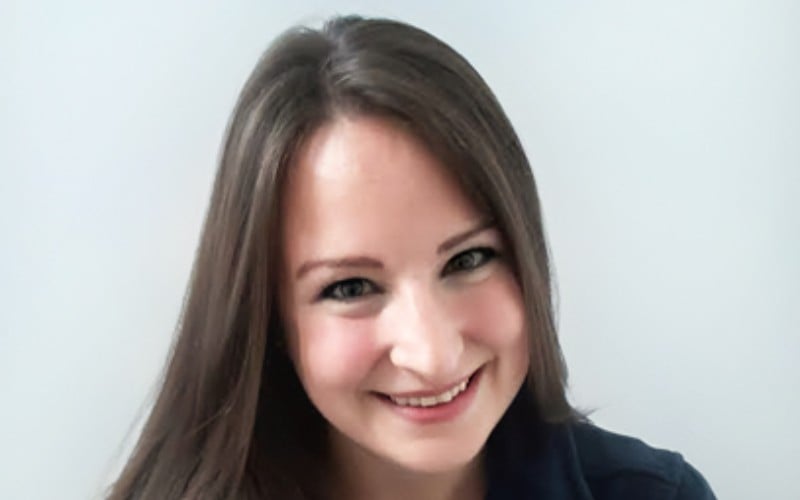 The CEO of a London FinTech has spoken out about her constant struggle to be taken seriously as she fought to the top.

Sonia Dorais, the daughter of a Canadian military officer, spent a decade helping to grow B2B software start-ups and scale-ups in Canada before arriving in the UK in 2015.

Since then she has served in marketing director and CMO roles in London. Following stints at AdTech Switch Concepts, smart spend technology firm Compleat Software and equity management platform Capdesk, she joined Chaser in February 2020 and was made interim CEO last July.

She was named permanent CEO of the invoice chasing platform in January 2021. “I’ve experienced situations in my life where I’ll present an idea to the team – or the board – and it gets ignored, only to be praised when it’s presented [again] by a male colleague minutes later,” Dorais tells BusinessCloud.

“I’ve also experienced needing to message a strategy to a male colleague in a meeting for him to present it, so that I could ensure it was truly heard.”

Dorais says subconscious bias can be held by women as well as men. “Other than the obvious issues related to sexual harassment and discrimination, there are two challenges that I find are harder to confront: bias and judgment,” she explains.

“This is because judgement and bias tend to come from a subconscious place, and so most people – including women – are unaware of these existing within themselves. And the challenge is that when it is confronted, most of the time it gets brushed aside, denied or rationalised in one way or another. “I see staff taking deadlines and instructions more seriously when they come from a male manager than a female one.

“I also see that disappointing a female manager is often more acceptable when it comes to project delivery quality.”

She offers the following advice to other women looking to become a success in technology: “First, support each other. Always. Try not to be a part of the problem and be self-aware of when you might experience unconscious bias yourself.

“All too often, it is women who are tough on other women. Some are so desperate to be part of the ‘boy’s club’ so they compete with each other, thinking there is only room for one woman there. It’s not the case. It’s never the case.

“Remember that no matter which woman comes your way in the industry, we are still the minority, and may have had to work twice as hard as a man to get to where she is and prove herself.

She adds: “I’ve heard many people say that I could not assume the responsibilities of CMO or CEO after I became a mother.

“I’ve been told to ‘take a career break to focus on family’ or ‘take a demotion while you navigate family-life for the first time’.”

Chaser was founded in 2014 to help SMEs get paid in a quick, efficient and friendly way so that they save time on manual tasks and improve cash flow.

Research from bookkeeping software Intuit QuickBooks in 2019 found that businesses today spend 56.4 million hours per year manually chasing their overdue payments. In the UK alone, 50,000 small and medium businesses fail each year due to late payments, according to the Federation of Small Businesses.

Chaser claims to have already saved customers over nine million hours on their credit control and collected over $3.12 billion in late payments.

“The first thing that motivated me to go into FinTech was the difference I felt I could make by coming from a non-finance background,” Dorais says.

“There are many similarities between MarTech and FinTech. While marketing technologies mostly live in the shadow of FinTech these days, when it comes to product development, the reality is that most mature businesses have been using MarTech for over a decade.

“I could not help but be surprised that whilst FinTech is booming, MarTech’s product capabilities have improved at a greater speed. I thought – and still think – that I can have a positive impact on the industry.

“I would like to see more people from non-traditional finance backgrounds come into the industry to add an unbiased perspective.

“For example, from the marketing perspective, many FinTechs could do with better branding. Modern marketing tools like gamification can make mundane tasks like receivables or budgeting appear exciting and more enjoyable to end users.”

Dorais believes in ‘action and execution’. “I started working as an assistant, and through hard work, determination and perseverance, I climbed up the ladder, never skipping any steps,” she says.

Dorais is one of several inspiring women helping global tech recruiters MRL to champion diversity in the tech industry.