Posted on September 16, 2020 by Alistair Hardaker 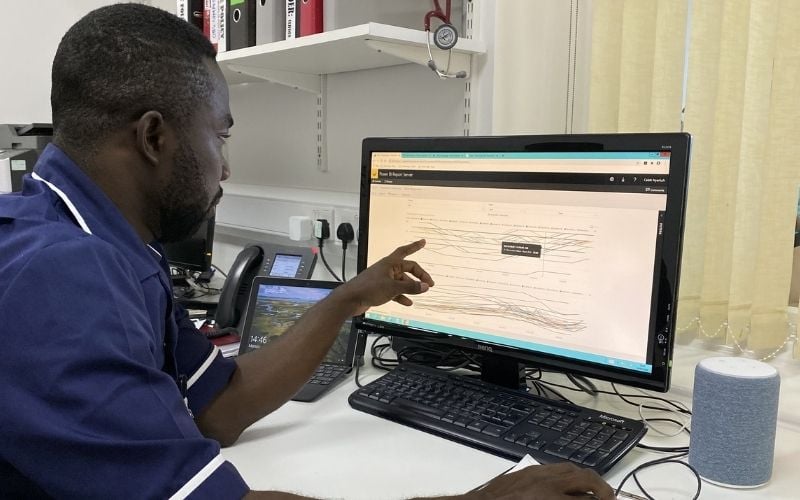 A hospital in London is working with BT and tech start-up Microshare to harness smart facility data to improve quality of care, in what is one of the first set ups of its kind in the UK.

The Royal Hospital for Neuro-Disability (RHN) in Putney has enlisted BT and Microshare to introduce a smart Internet of Things (IoT) solution to help automate routine tasks.

The RHN is a charity, independent from the NHS but working closely with it, to provide the best possible care for people living with neuro-disability.

The hospital says that the technology has proved extremely beneficial as pressure on staff has increased during the coronavirus pandemic.

The 240-bed site is a charity-run hospital offering long term care to people with complex neurological disabilities caused by damage to the brain or other parts of the nervous system.

Many of the procedural tasks carried out by staff require manual recording to ensure compliance, but this has now been largely monitored automatically.

The smart technology solution involves IoT sensors being placed in rooms and on equipment to monitor things like room occupancy and temperature, as well as asset tracking of objects like wheelchairs, and temperature monitoring of fridges storing medicine.

Rather than staff having to manually check the temperature of the fridges, they are now equipped with automated alarms which will indicate if there is a problem requiring staff attention.

The monitoring of water tanks inside the hospital is also now completely automated.

Previously, staff would need to get access to the roof of the building in order to take temperature recordings of one of the water tanks inside the hospital – a task that may have taken an entire day. Now, thanks to the smart network, this is all done remotely and recorded on the system.

Water tanks are monitored primarily for legionella bacteria compliance testing. Thanks to the smart IoT solution the hospital is able to receive more frequent readings providing better monitoring and freeing up staff who no longer have to carry out physical checks.

The hospital has four tanks on site which were previously checked every month. Hospital leaders say the room monitoring has provided cost savings as the data has proved that they did not require another meeting space, which would have brought challenges in re-allocating another location in an older building where space is paramount.

Devices connected to a LoRaWAN network use very little power, giving them a long battery life and making them a low cost, long range solution for IoT applications.

The hospital uses a combination of IoT sensors, LoRaWAN connectivity and data management.

BT provided the infrastructure and expertise in deploying the LoRaWAN gateway which has been installed on the roof and the cloud-based network management tools to secure the devices and infrastructure.

Microshare sourced the smart IoT sensors, connected them to its Microsoft Azure cloud and quickly integrated them into the RHN’s infrastructure.

Charles Paumelle, Co-founder and MD of Microshare, said: “One of the keys to success for us is knowing that the project had positive and measurable impact quickly on patient care and on some of the stresses staff experience in carrying out rote tasks better suited to real-time monitoring.

“A solution like this one can lead to huge productivity and safety gains, and all without ever interacting with the sensitive patient data that may exist in a hospital’s own network. Success in IoT is all about partnerships and this was demonstrated here with RHN, Microshare and BT all working together to make this happen.”