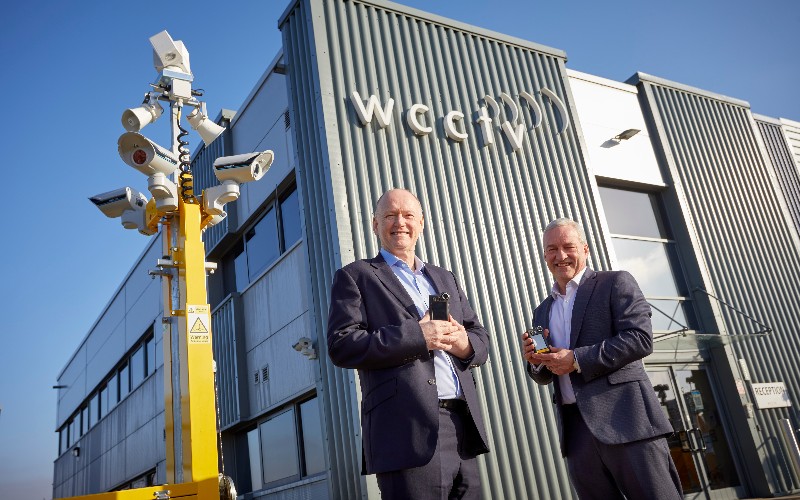 A Rochdale manufacturer of body-worn cameras has secured a £30 million investment from mid-market private equity firm LDC for a minority stake in the business.

The partnership with LDC will be used to accelerate WCCTV’s ambitious domestic and international expansion plans and support the launch of new products and services.

Under their leadership, WCCTV has successfully established a footprint in the US, opening its office in Texas in 2015, and invested significantly in new product development that has helped the business achieve its market leading position.

The deal will see Ian Burnett join WCCTV’s board as a non-executive director. He brings over 30 years’ experience in supporting the growth strategies of multi-site businesses

The investment was led by LDC’s head of the North West, Dale Alderson, alongside investment director Richard Ibbett and Grant Goodwin. Dale and Richard will also join the board as non-executive directors as part of the deal.

“Over the past 20 years we have built our reputation as the go-to for rapidly deployed and redeployable, surveillance solutions,” said Williams.

“I would like to thank our dedicated workforce and accomplished management team who we believe will deliver the next stage of our exciting growth strategy.

“With LDC’s backing we have an opportunity to scale at pace, further enhance our product range and extend our footprint both in the UK and overseas.”

WCCTV has seen significant growth in its workforce and turnover on the back of increased demand for its rapid deployment CCTV towers and 4G HD dome cameras.

The North West business has also seen significant growth in demand for its body worn cameras, which are already been used by traffic wardens, retail security guards and other frontline staff.

Dale Alderson, head of the North West at LDC, said: “The team at WCCTV has successfully built a business in a high-growth market, with a truly customer-centric product range that has supported its growth in the UK and America.

“With our support, the business has the perfect platform to grow even further by adding new innovations and specialisms to their range. We’re excited to partner with them at this key stage in their journey.”

Cllr John Blundell, an RDA board member and Rochdale Council cabinet member for Regeneration said: “This is tremendous news for WCCTV and LDC’s investment reflects the wider business confidence in Rochdale. WCCTV has seen huge growth in recent years and I’m sure the new funding will enable the company to continue its global expansion.”

Founded in 2001, WCCTV has three offices across the UK, with locations in Edinburgh and Luton alongside its Rochdale headquarters, with a fourth base in Texas, United States. The firm has a strong track record and has grown revenues by more than 50 per cent in the last three years to £14.1m in the financial year end 31 July 2020.

WCCTV was recently named as one of the London Stock Exchange’s 1000 Companies to Inspire Britain. WCCTV was advised by GCA Altium and Addleshaw Goddard.