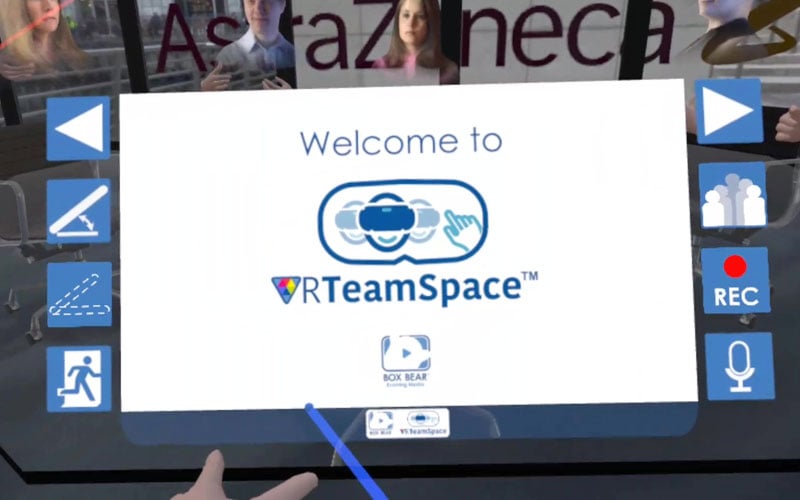 The new products are designed to give users the same presentation tools they would expect during in-person events but in the virtual world.

VR Team Space allows users to hold meetings in a 3D virtual environment with presentation graphics, with participants donning VR headsets that enable them to appear in an event environment with their own photorealistic avatar.

As well as allowing users to interact with each other and virtual objects, the system offers other features such as spectator viewing, and the ability to dictate notes and record quotes for email.

The headsets, which are UV-sterilised, are couriered in advance, and a photograph enables the firm to create realistic avatars, which mimic lip movements while speaking and accurate tracking of head and hand movements.

Its second product, VR Studio, is currently in alpha testing, and is expected to be ready to launch in early Autumn.

Jolyon Hennings, Founder of Box Bear Digital Ltd said: “Live interaction between people if important in any event, whereas most of the current solutions only offer the ability to spectate. Box Bear wanted to solve this, so we have created VR Team Space which allows people to create real-life avatars that can meet in the ‘real space’.

“Through VR (virtual reality), standalone headsets reinvent what a meeting can be, and can be significantly more productive than in real-life, through enhanced capabilities, such as voice memos, type notes, and draw notes to capture detailed information and be easily emailed to the participants for future reference.

“Before COVID, some events – such as trade shows and travelling to business meetings – have struggled to show real benefit on a payback model. Typically, these events can be hard to measure, expensive, and the ROI hard to quantify, but if you can hold these events virtually instead, you can save both time and money.

Pricing is based either on a one-off event charge, or annual multi-meeting licence and therefore depends upon individual customer requirements.