Posted on February 1, 2021 by Jonathan Symcox 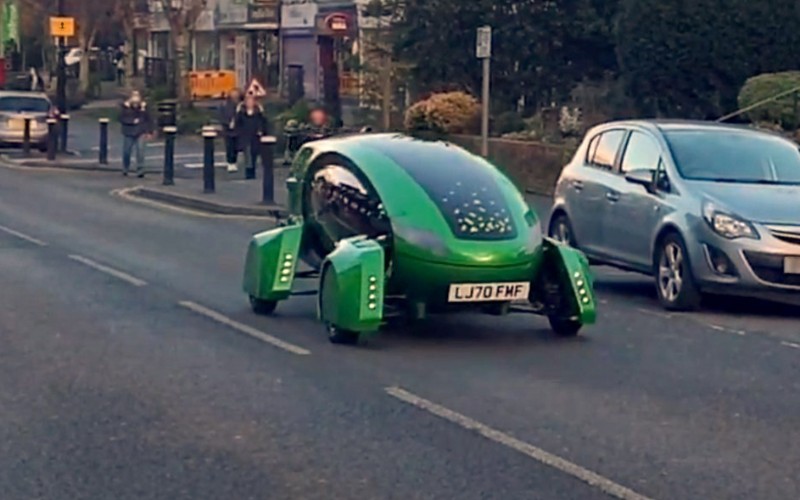 The Academy of Robotics is expanding its human-contact free delivery programme using its Kar-go delivery bot with a further trial beginning in Surrey in February.

Surrey is the second region in the UK to witness Britain’s first custom-built autonomous delivery vehicle driving on the county’s roads after road trials began in November 2020 in Hounslow, London.

Following these initial trials, the London company will now begin supporting a range of small, local businesses in Surrey, making deliveries from shops to residential addresses.

The Hounslow programme, which uses the Kar-go delivery bot to collect medicines from pharmacies and deliver them to care homes and residential addresses, is ongoing and the Academy of Robotics has a series of further trial locations planned for spring 2021.

Kar-go is an electric vehicle designed to reduce the cost of ‘last-mile’ delivery and cut harmful emissions. Its operating system has been specially designed to navigate unmarked roads outside city centres so it can make deliveries not just in urban environments, but also in more rural and suburban areas.

“All too often new technology benefits only those living in cities and people living in more remote or suburban areas are left out,” said founder and CEO William Sachiti.

“As a company founded in rural Aberystwyth, we were very conscious of this issue so we designed our AI to work where it could deliver the greatest benefit. So, the first areas we are rolling this out to are typical British suburban locations like Surrey.”

Academy of Robotics’ proposal to make medical products the focus of Kar-go’s first deliveries was granted funding support from UK Research and Innovation as part of the Government’s modern industrial strategy and the programme has been welcomed by the DfT.

Commenting on the launch of these Kar-go delivery trials in Hounslow, Transport Minister Rachel Maclean said: “Autonomous delivery vehicles, such as Kar-go, can offer safer and speedier delivery of medical supplies to those who need it the most.

“The UK is well-placed as a science superpower to lead the world in this area and I’m delighted to support projects that drive green innovation, promote a clean transport future and help the economy.”

Following years of data gathering and testing with a combination of simulators and live technology trials in real-world environments, the team are focusing on the complex arrival and departure aspects such as where the vehicle can pull up and park or establishing procedures for reaching properties behind gates.

Sachiti explained: “As a small company, to get things done quickly, we try to follow the path of least resistance. We began deliveries in Hounslow where one of our partners, Eurovia UK, are based.

“My own local community is the next location and we’re keen to hear from other local authorities to determine where’s next.”

In late January the team began driving the Kar-go delivery bot in Surrey to scan the proposed delivery routes in preparation for using the vehicle to make semi-autonomous deliveries from mid-February.

The AI has been designed with multiple fail-safe layers and in line with current regulations for testing autonomous vehicles there will be a safety driver in the vehicle at all times and the team will gradually increase the degree of autonomy used as the trials progress.

Kar-go focuses on the small shoe-boxed sized parcels, where delivery could account for a third of the price of the item. Most of that cost is incurred in the ‘last-mile’, delivering from a depot to a home. Kar-go aims to reduce this cost by as much as 90%.

Inside the vehicle is a patented package management system which can sort packages on the move ensuring that the recipient can only access the compartment containing their goods.

Providing a more convenient customer experience by delivering on demand, it will ultimately work in conjunction with an app. The recipient is notified that Kar-go is near and can follow the vehicle as it arrives via the app.

They can then meet Kar-go as they would a pre-booked taxi. Using the app to open the vehicle hatch, Kar-go will then present them with their goods. For the trials, they will use a basic version of this system.

Founded by graduates and professors who met at the University of Aberystwyth in Wales, Academy of Robotics have developed and patented a specialist form of AI for Kar-go’s operating system. It uses algorithms based on evolution which can learn and ‘self-optimise’ in real-time to make the best decisions.

“What makes Kar-go magical for me is that we applied artificial intelligence and robotics in a useful, but good way: the technology is there when it is needed and out of the way when it isn’t,” added Sachiti.

“Unlike many iterations of artificial intelligence systems on the internet today that want something from you or want to keep you in some app or drive you to make buying decisions, we don’t.”