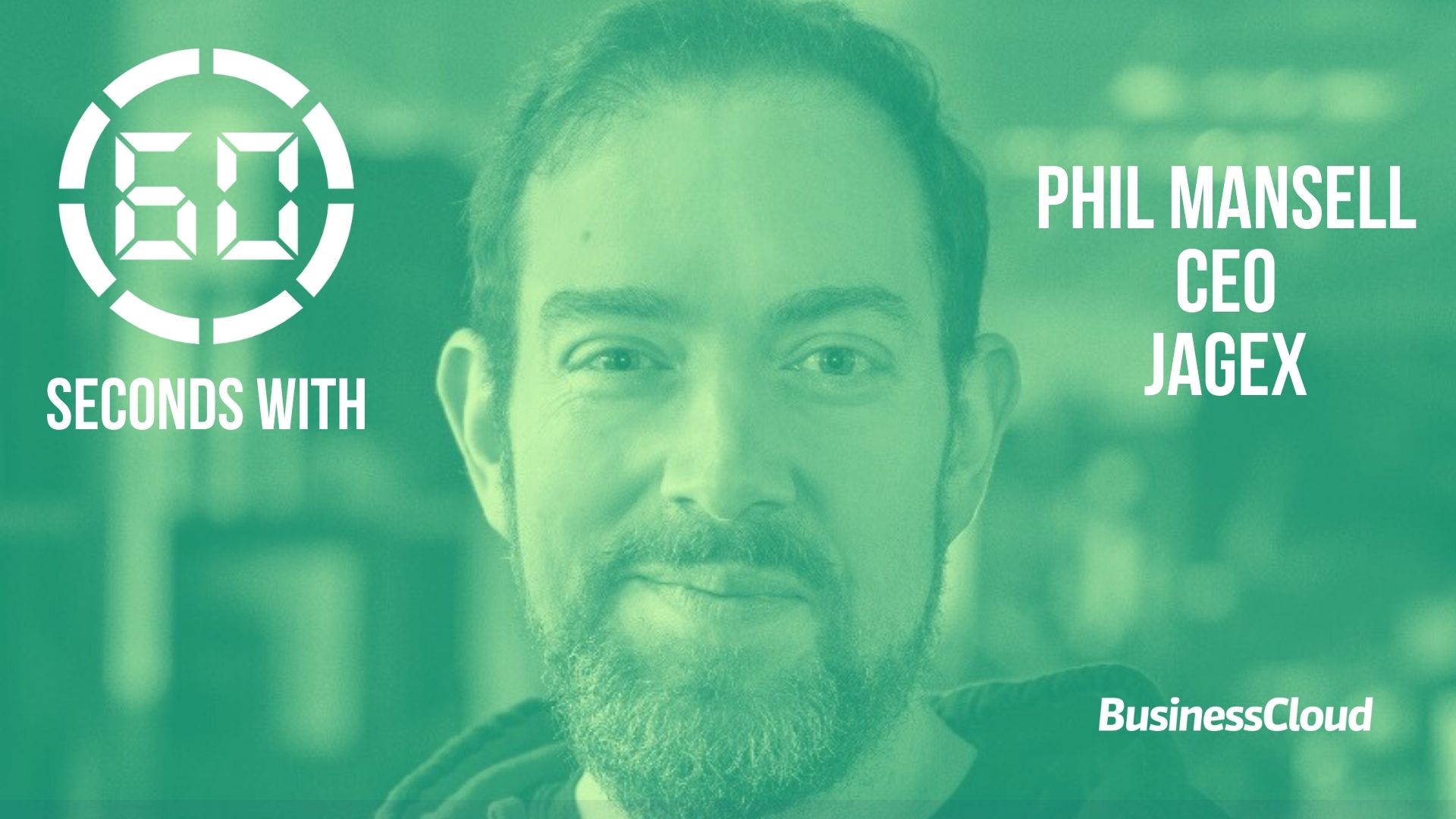 Jagex is the developer behind fantasy RPG RuneScape, one of the world’s longest-running and most successful online franchises.

CEO Phil Mansell, who recently celebrated the series’ 20th anniversary, steps away from medieval world of magic and monsters for 60 seconds to be grilled on videogames past and present.

What was your first computer?

What was your favourite game?

I used to make my games, programming out of books I found in the library or gaming magazines. I remember River Raid, which was a vertically scrolling shooter. One of my weirdest memories towards the end of the Spectrum era was when Capcom did a version of Street Fighter for the Spectrum. I’m pretty sure I didn’t imagine this! It was like the most basic, slow version of Street Fighter you ever played.

What was your first console?

A Super NES: it was actually my brother’s, but the amount of hours we put in as kids playing Donkey Kong Country, Super Mario World. Mario Kart – an absolutely seminal game. Super Tennis.

Which publisher from back in the day do you most look up to?

How can it be anything other than Nintendo? It obviously started as a toy company – card games, dominoes – like 50 years ago. One thing that makes Nintendo special is they know about entertainment, and they see their games as toys in a way – and that’s not a negative thing. Look at the Mario games: they have such a playful toy-like quality: think about jumping on characters’ heads and the physics and the shape of the world… they really understand this tactile gameplay. It’s hard to have a better back catalogue and prestige than what Nintendo have done generation upon generation.

You would miss this whole lineage of amazing playful, delightful entertainment products; with some crazy ones as well! Like little Rob the Robot back in the SNES days; and the Power Glove! They like experimenting, and they inspire us all, I think.

Which game do you play the most in your spare time… other than Runescape, of course!

I genuinely would say I’ve played Runescape, for pleasure, more than any other game in the last 10 years… I’m at a very high level! I’m kind of the ‘every gamer’: I play mobile games, I play console games, I love PC games… probably League of Legends or the Assassin’s Creed series of games, as well as some obscure mobile RPGs I’ve sunk a lot of time and money into.

I love both – but after spending five, six years as a Sony fanboy on the inside when I was working for them, I have to say PlayStation. I’ve still got some special staff-only gadgetry which will forever be close to my heart! But it’s a close-run thing: both of the new consoles are looking really top-notch from the outside.

What’s your favourite arcade machine of all time?

Street Fighter II: Hyper Fighting. It was at the corner shop on the way to school and took quite a lot of my friends’ 10 pence pieces. I’m still pretty good at it, playing as Ken or Ryu. When I took over as CEO, we wanted to make sure the company felt like a gaming company… so we built a pub with real-life games – a dartboard, pool table, fussball table – a whole area for board games… and two arcade machines as well!

Are you into eSports?

At company level, we’ve done mass participation eSports with old school Runescape: 2,000 players who qualify for the finale get to fight it out and we’ve done big live streams, with cash prizes. For me as a fan, I love to watch the Dota Two and League of Legends World Championships every year.