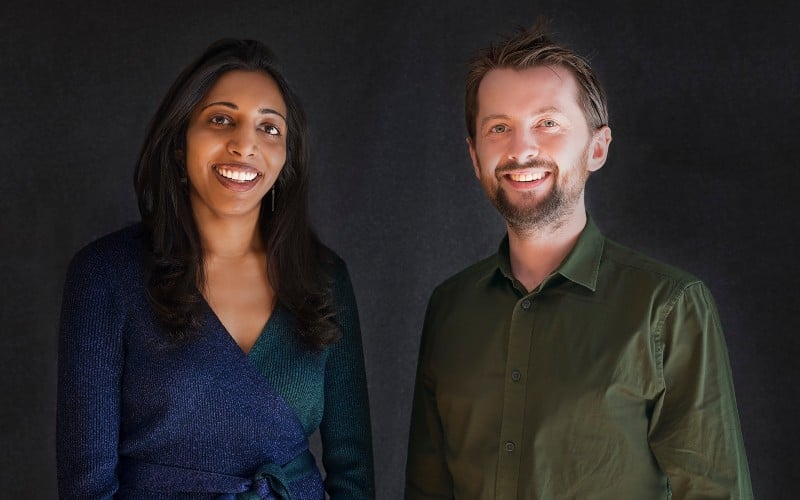 A data analytics company which designs new technology and methodologies to identify and mitigate online harms has raised £5 million.

The Series A funding from transatlantic venture capital firm Beringea and UK-based Mercia will be invested into technology development and expansion into new markets.

The internet is increasingly used to propagate harm, including in the preparation of terrorist acts and the proliferation of child sexual abuse content, hate speech and the abuse of women in public life.

Meanwhile, disinformation threatens democratic consensus and public trust in the media is at an all-time low. Yet the vast majority of US adults believe the internet to be mostly a good thing for both themselves and for society.

It is Moonshot’s mission to end online harms and provide vulnerable people with positive, supportive messages and services. Founded in London in 2015 by Vidhya Ramalingam and Ross Frenett, it was originally focused on countering violent extremism and terrorism.

It now designs technologies and methodologies to reach people both engaging in and affected by a range of online harms, including disinformation, human trafficking, gender-based violence and child sexual exploitation and abuse.

Moonshot has delivered threat monitoring and analysis, digital campaigns, tailored interventions, and a range of other services in over 57 countries and 33 languages, for governments, tech companies, and international organisations.

Moonshot’s clients include the Department of Homeland Security, USAID, the US Department of State, the UK Home Office, and companies such as Facebook and Google.

Vidhya Ramalingam, the co-founder and co-CEO of Moonshot, is recognised internationally for her role leading global responses to extremism and terrorism. Following the 2011 attacks in Norway, she was appointed to lead the European Union’s first inter-governmental initiative on far-right terrorism and extremism, initiated by the governments of Sweden, Norway, Denmark, Finland, and the Netherlands, and launched by the EU Commissioner for Home Affairs.

She regularly advises Big Tech and Heads of State on tackling white supremacy online, including recently the Prime Ministers of New Zealand and Norway. She has testified before the US Congress on the global threat posed by far-right terrorism.

In 2020, she was named an Obama Leader by the Obama Foundation, and has advised the Biden-Harris administration on countering white supremacist terrorism.

“What makes Moonshot unique is the boldness of our mission, combined with our unfailing commitment to civil liberties, and to the people who are most affected by online harms,” said Ramalingam.

“There has never been a more important moment for us to scale our mission. We look forward to demonstrating the true value proposition of fighting online harms armed with evidence and ethics as the guiding principles.”

The unlikely entrepreneur: From 1980s strike to US takeover

Co-founder and co-CEO Ross Frenett has worked throughout his career to bring technology to bear on the issue of violent extremism. He pioneered an entirely new approach to combating violent extremism – online interventions – and has overseen pilot testing of experimental methodologies to deliver content to vulnerable individuals online.

He previously served as Director of the Against Violent Extremism (AVE) network, a global network of former extremists, defectors and survivors of violent extremism seeded by Google Ideas.

In this role, Ross supervised the setup and expansion of this program, working with hundreds of former extremists across the globe to advance efforts to deradicalise and disengage individuals at-risk of violent extremism.

In June 2020, Ross was appointed the co-leader of the Communication & Narratives Working Group of the EU Radicalisation Awareness Network (RAN).

Moonshot recently safeguarded millions of internet users across the United States seeking to access extremist and conspiracy theory content in the run up to the US election and through the January 6th insurrection.

It has also recently partnered with tech companies such as Facebook and Google to safeguard users seeking to access hate and extremist content on their platforms.

Karen McCormick, Chief Investment Officer at Beringea, commented: “It is not often that you meet a founding team that has advised heads of state alongside Facebook and Google: in Vidhya and Ross, we are working with entrepreneurs that provide world-leading perspectives on the global trends shaping the future of online threats.

“As Moonshot scales its presence in Washington DC, Beringea will be working closely with the team to leverage our transatlantic footprint and build an international success story together.”